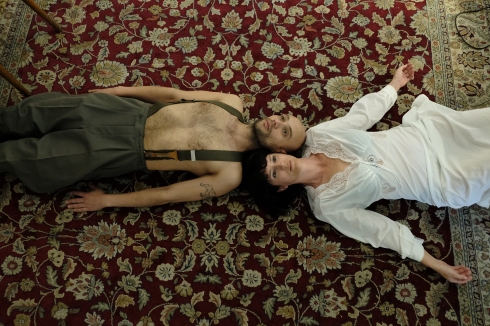 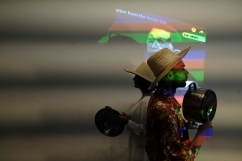 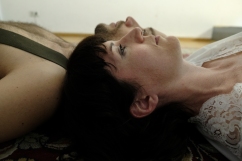 The performance ‘1989’ is a crossover of our artistic stage expertise. It is built upon movements of different oral, literary, visual, narrative, embodied and play matrixes. We interchangeably move within these matrixes as we move along the story. From not-acting, not pretending to be in a time and space different than members of the audience, not feigning, impersonating, simulating to be nobody nothing than ourselves in relation to the story. CUT. Even using some or full costume, we still don’t act for the audience, we still ourselves, yet our costumes represent something or someone from, in the story. CUT. We interact with only one element or dimension of the story, like in the one of spoken words, singing or interaction with multimedia. CUT. More and more elements are incorporated simultaneously, or in close proximity to each other, or on top of each other, or on top of us, or the audience, on top of us again; our acting becomes complex, the story runs riot and the audience ́s behaviour defines their position. CUT. CUT. This does not necessarily happen in this order but swapping in a continuum tetra-dimensional dramaturgical axis. Clarity, Chaos, Certainty, Questioning. This axis is not only connected to our performance. Chaos and emptiness are symbolic of Venezuela’s current political chaos and the lack of medical and food supplies. Likewise, certainty and questioning signify the certainty of (very polarised and often incomplete) news, though presented with opinionated confident offer little real information and questioning, symbolising our approach to them.

At the extreme corner of their dramaturgical axis, Gomes & Ortega ́s place four particular questions in their performance that they want to open up to large audiences in a way that they cannot do with the archive:

How is to be a Venezuelan Migrant in Berlin?

What is known in Berlin about Venezuela ́s current situation?

Which characters, elements, events, facts are possibly connected in the present of both places, Venezuela and Berlin?

How could we have a meaningful conversation on a stage in the so-called “first world” about countries in crisis?

Premiere in May 2020 at Ballhaus Ost Berlin (3rd floor) 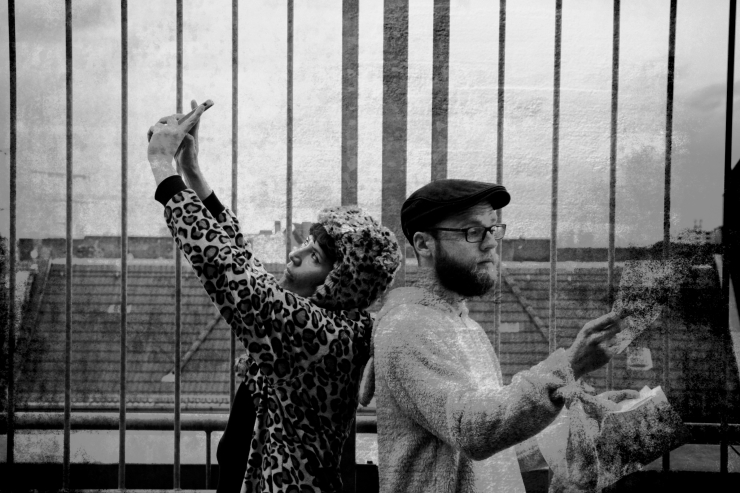 An absurd tale about life and happiness … or the impossibility of it:
The World Wide Fund for Nature in Morges, Switzerland counts everything; knows everything and sees everything: how many tigers are there on the planet: as few as 3200; how many lions are left in India: 420; how many breeds of horses are there: over 300. But there is one statistic not collected there; watchful eyes of the conservationist do not see or do not want to see it. Nobody talks about mules and ligers. And this is their story. Our story. The story of the Mule and the Liger. 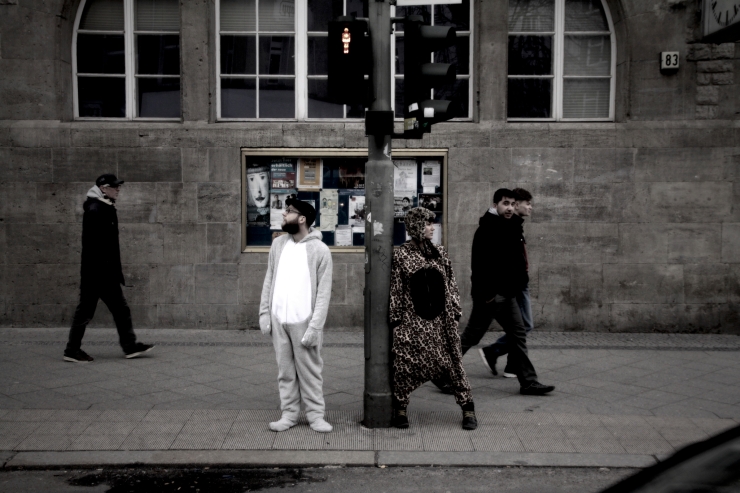